The Future of Electric Cars in Australia

Did you know, of the 1.15 million cars sold last year in Australia, only 1,350 of those sold were electric vehicles? 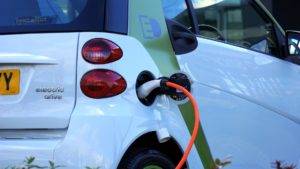 The Future of Electric Cars in Australia

The first and most obvious problem is the cost of purchasing an electric car. Electric cars are not cheap, especially here in Australia. Currently the most popular electric vehicle is the Mitsubishi Outlander PHEV, starting at $45,990 AUD. Other brands offering electric vehicles include Tesla, Jaguar, Hyundai, BMW, and Audi, all for a hefty price tag.

Another issue is the revenue the Federal Government currently receives on fuel tax, the 41c per litre from fuel contributes towards building and maintaining roads throughout Australia.  Consequently, the increase of electric cars on our roads could lead to a drop-in revenue from fuel excise by 50% by 2050, leading to a decrease in road funding. As a result, an alternate form of taxing road users will have to be put into place.

So, what do you think? Do you forecast that electric cars will become more popular in Australia in the future? Or will the price and lack of infrastructure be a continuing barrier?