The future of work- Automation? — By: Keanu Breen 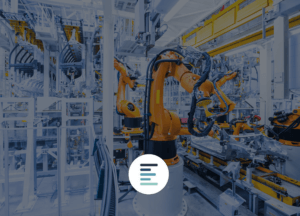 Ever since I can remember I have always been perplexed by advancements in technology, and their ability to impact our lives; specifically the advancements in the Automation space. Automation is the process where traditionally repetitive and laborious tasks are automated, freeing up time for people to spend their resources on applications that simply can’t be done by machines and applications that require the need for human creativity and problem-solving. Advancements in Automation are happening everywhere, from the streamlining of processing equipment in the Mining sector to the advent of self-driving cars.

We live in a time where the Global Population is the highest it has ever been, and this upwards trend is not stopping any time soon. If it were not for automation in the farming industry and the modernisation of farming processes such as seed planting and harvesting crops, we wouldn’t be able to sustain or keep up an ever-growing global population. Further to this, labour accounts for over 50% of the cost in farming, and 55% of farmers report they’re impacted by labour shortages. The continual development of Automation in the farming industry is helping to bridge this gap and although these changes may require some to reskill; it also provides an opportunity for those to remove themselves from the traditionally labour-intensive side of Farming.

Perhaps the most prevalent industry in Western Australia is the Mining Industry. Automation has quite literally revolutionized the mining industry in extraordinary ways. Miners who descend into depths of the Earth no longer carry an (archaic) Pickaxe, but rather operate complex and technical plant equipment such as pneumatic drills and continuous Mining machines. Instead of the ore then being manually hauled back above ground by said Miners, it is placed on a conveyor where it is gently brought back to the surface for further processing. Automation has allowed for phenomenal increases in the efficiency in the Mining industry and has fuelled the rapid growth of infrastructure around the world as we know it.

Automation has had a huge impact on industries such as Farming and Mining due to their sheer scale, however, the impact of Automation can be experienced right down at the consumer level. A great example of this is the advent of driverless cars. Ask yourself, did you drive to work today? What would you have rather been spending your time on instead? Reading your favourite book? Catching up on work? Although driverless cars still require human input, this is the world we are trending in to. With further advancements and innovation in the Automation space, our quality of life will ultimately get better, and the world around us is not doubted changing for the better.

With further advancements and innovation in the Automation space, our quality of life will ultimately get better, and the world around us is no doubt changing for the better. It truly is an exciting time to be in the Engineering space, and at the forefront of these changes. Here, we pride ourselves in working with the change, not against it; and in doing so providing services that support these industrial evolutions and the like.